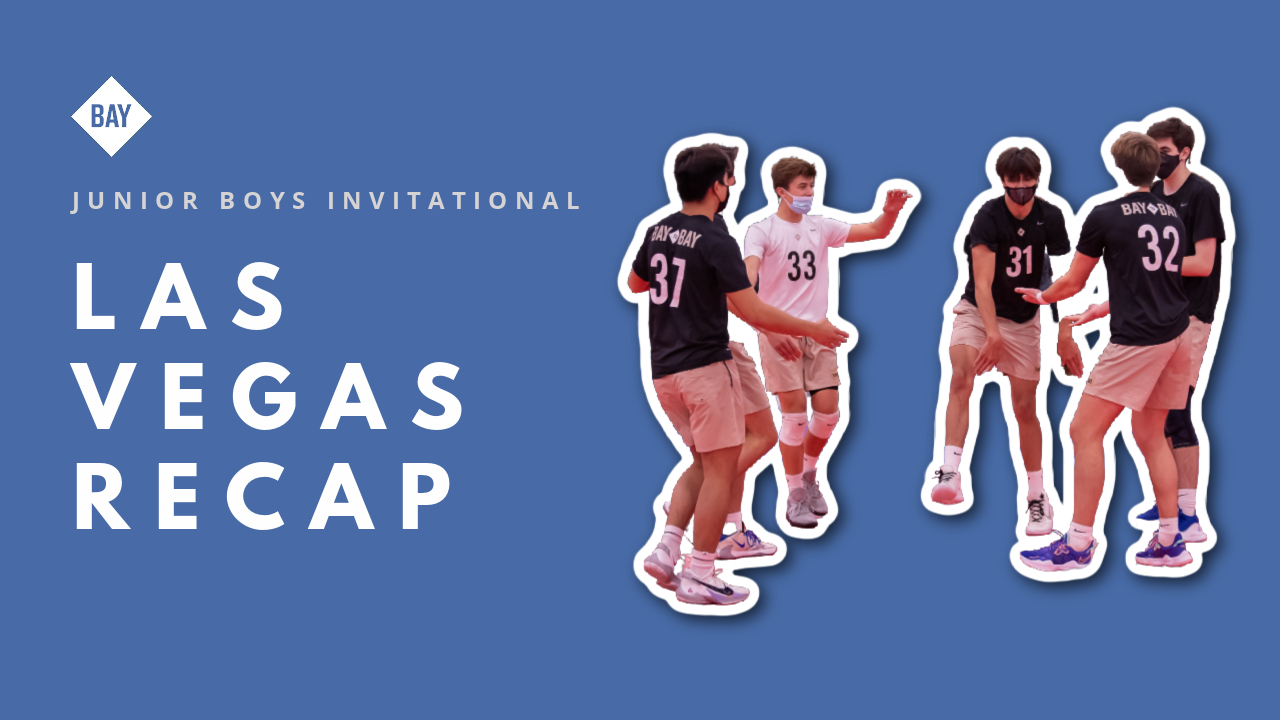 Bay to Bay 18-1: The 18-1's were seeded last in the 18 Open division heading into the tournament which put a chip on their shoulder to say the least. In their opening pool, they swept the #6 overall seed Spike and Serve and then lost in two sets to a strong MB Surf team. Spike and Serve then went on to beat MB Surf forcing a 3-way tie in the pool. The tie breaker came down to point ratio in which our 18-1's lost by .09% and therefore finished third in the pool. Undeterred, the 18-1's finished out the tournament 4-3 defeating two teams that earned Open bids. 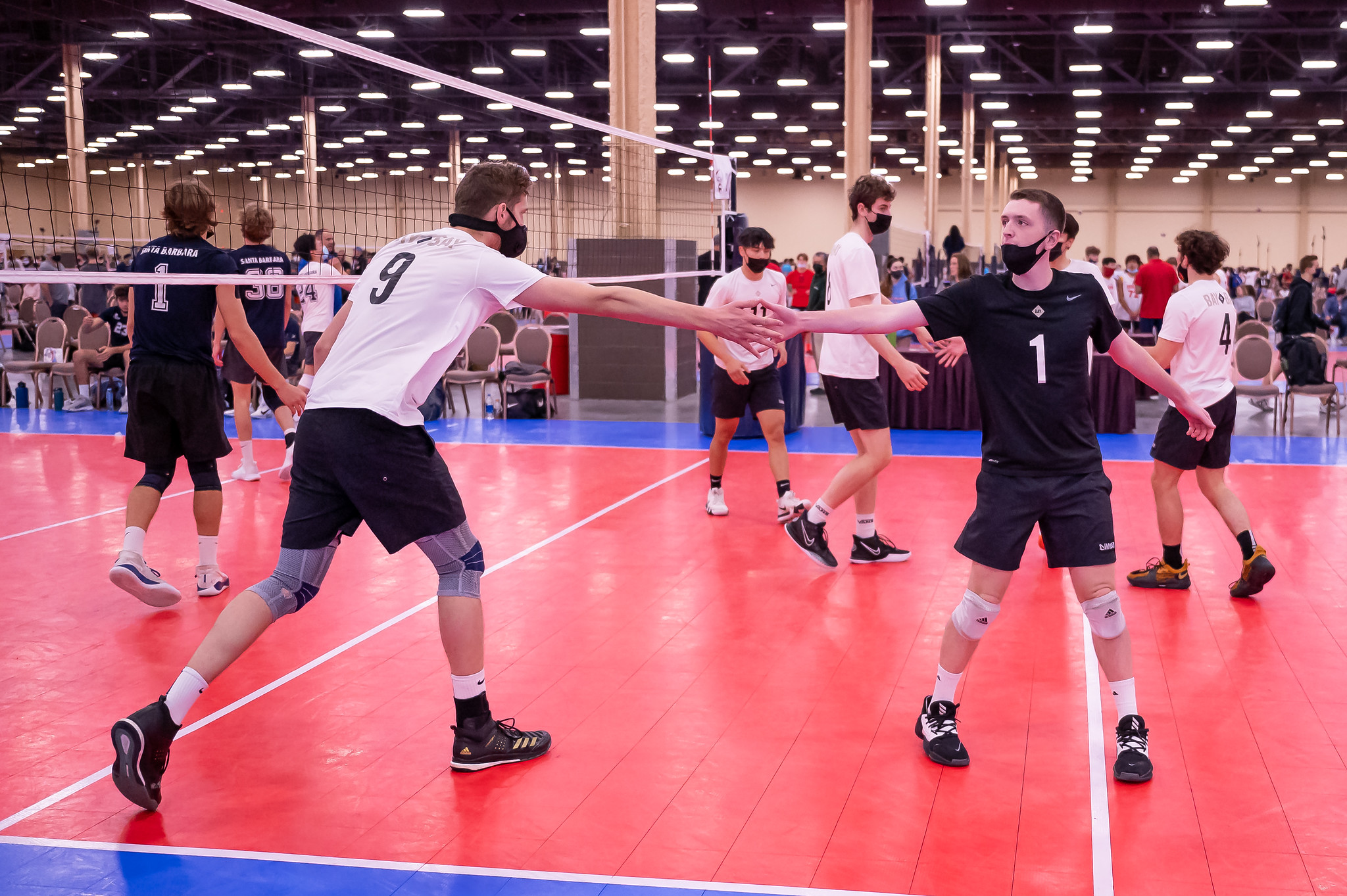 Bay to Bay 18-2: The 18-2's brought home another strong qualifier finish with a 5th place in Las Vegas. With a final record of 4-3 on the event, coach Sam and Pin-Joe's team won some big matchups against Balboa Bay 18 White and Legacy to work their way into the Gold bracket on the final day of play. 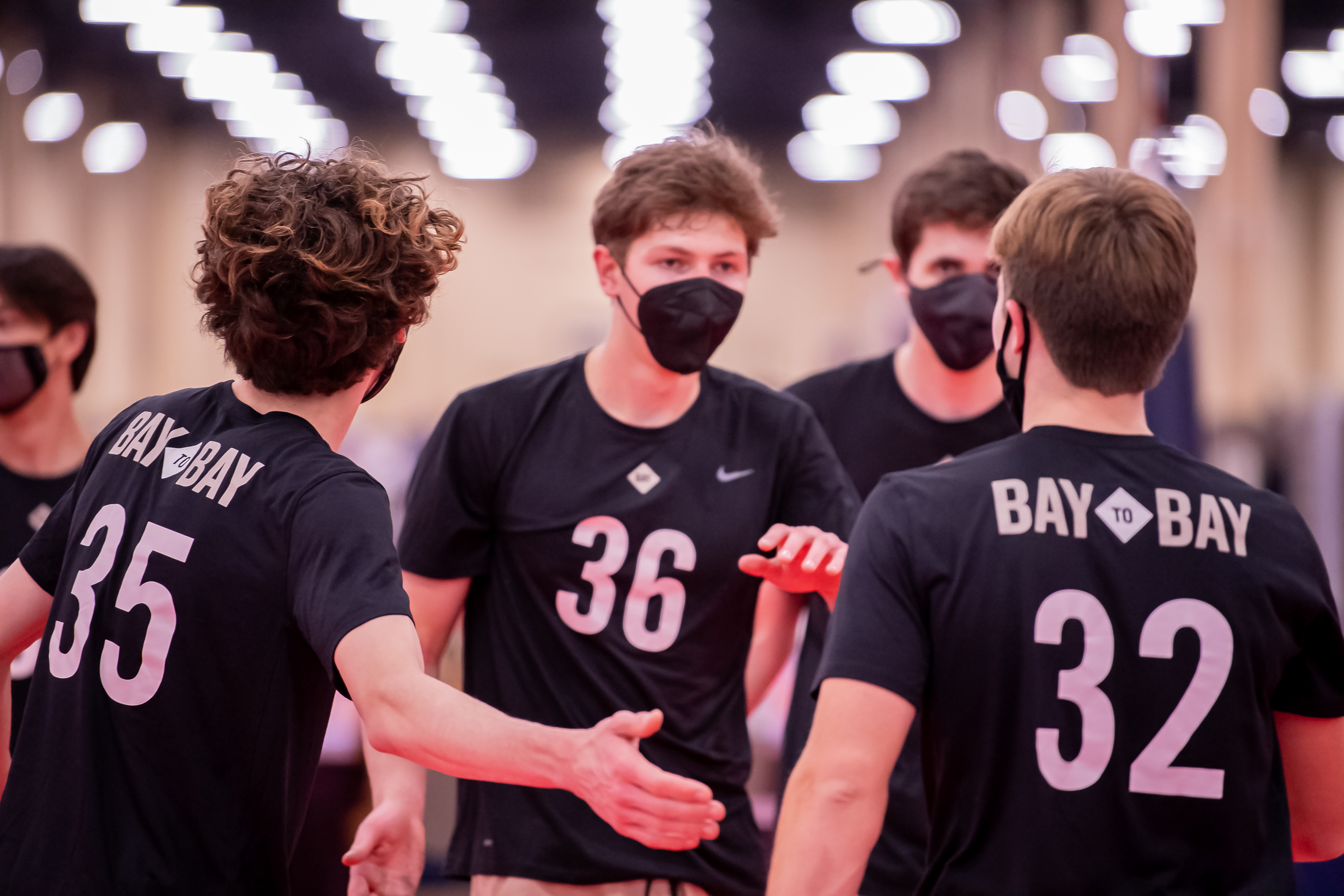 Bay to Bay 17-2: Coach Ryan and Mark's squad finished 13th in the USA division after going 3-5 on the weekend. Coach Ryan complimented his team for their grit and tenacity throughout the tournament, especially while missing 4 players due to AP testing. It was a true team effort and testament to their conditioning to be able to compete at a high level as a unit for 8 straight matches.

Bay to Bay 16-1: Coach Arielle and Colton's squad finished the tournament in 10th place losing to Rockstar in the finals of the Silver bracket 20-25, 25-15, 14-16. On the weekend, the 16-1's went 5-3 and lost all three matches in very tight third sets. Coach Arielle said while it wasn't the result we wanted, it was exactly what we needed as we lead into Junior Nationals training. 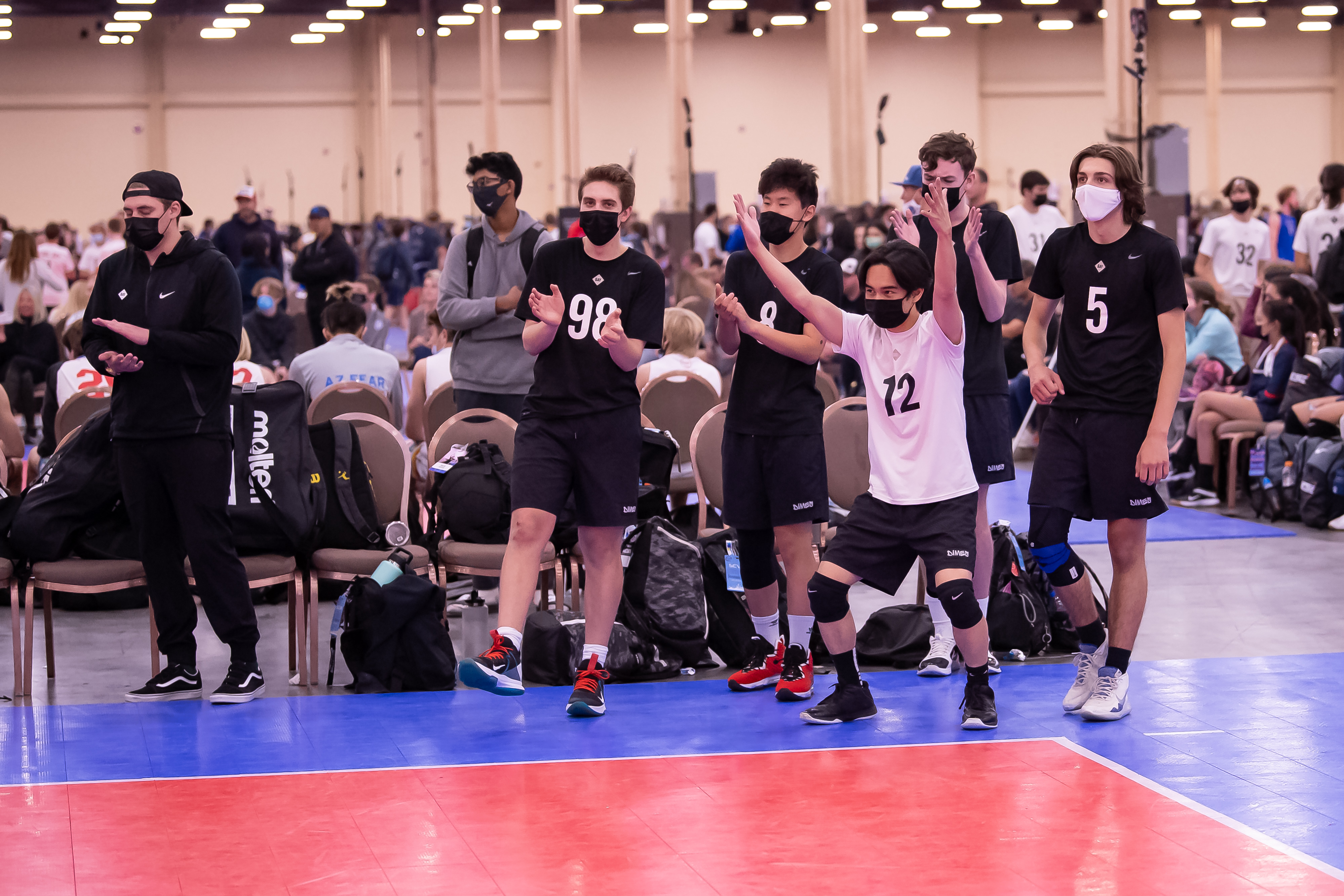 Bay to Bay 16-Club: Yet again, coach Lavelle and Brendan's team came out firing in the Las Vegas qualifier. They 16-Club team went 4-3 on the weekend, finishing in 5th place after losing in the quarterfinals of the Gold bracket. The boys of 16-Club even pushed the eventual champion of the USA division (SG Elite) to the brink before falling 25-23, 19-25, 13-15.

🥉 Bay to Bay 15-1: The boys of 15-1 went 7-2 on the weekend, falling in the semi-finals to eventual champion Balboa Bay. Immediately after their semi final loss, the boys picked themselves up and brought together a fantastic performance against previous National Champion Vaqueros winning 25-20, 25-23.

Bay to Bay 15-2: In their first tournament of the year, the 15-2's finished with a record of 4-4 finishing 29th in the 15 Open division. Coach Arin noted that it was great to get the team back out in a tournament environment and is looking forward to their next two opportunities in Irvine and Kansas City. 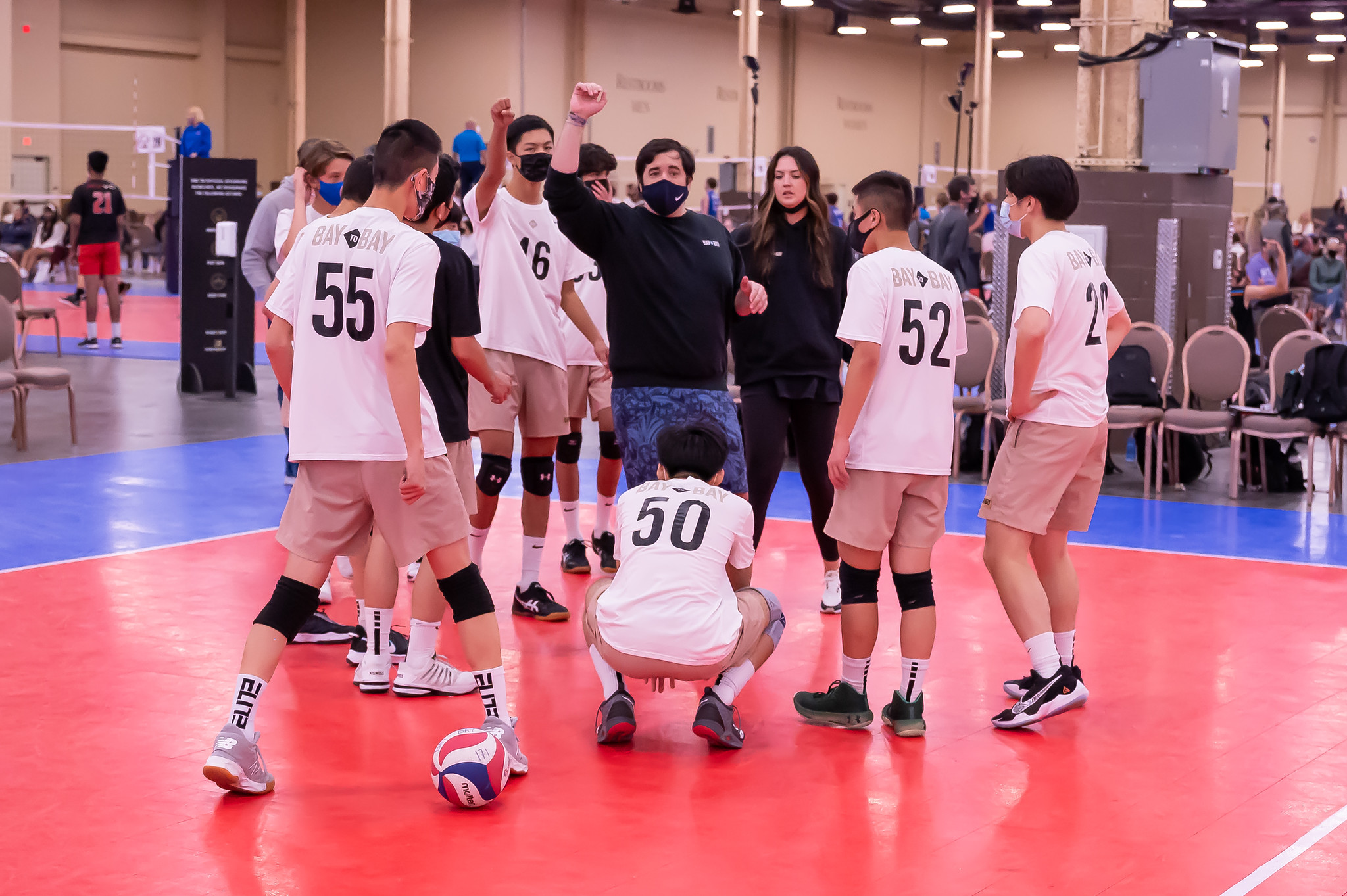 Bay to Bay 15-Club: Coach Gregg and Natalie's squad came out firing taking down MVVC 15-1's in the first match of the tournament. They finished out the weekend at a record of 2-5 and a final finish of 27th. The boys hung tight in the Open division and pushed both Balboa Bay 15 White and UVC to the brink with a tight third set.

🥉 Bay to Bay 14-1: Finishing the weekend at 7-1, the 14-1's took home the bronze medal after falling to eventual champion Rockstar in the semi finals. Coach Matt noted that it was a great learning opportunity for the 14-1's to see where they stack up with teams from around the country and get a better understanding of what the team can do to compete at the highest levels of 14 Open. 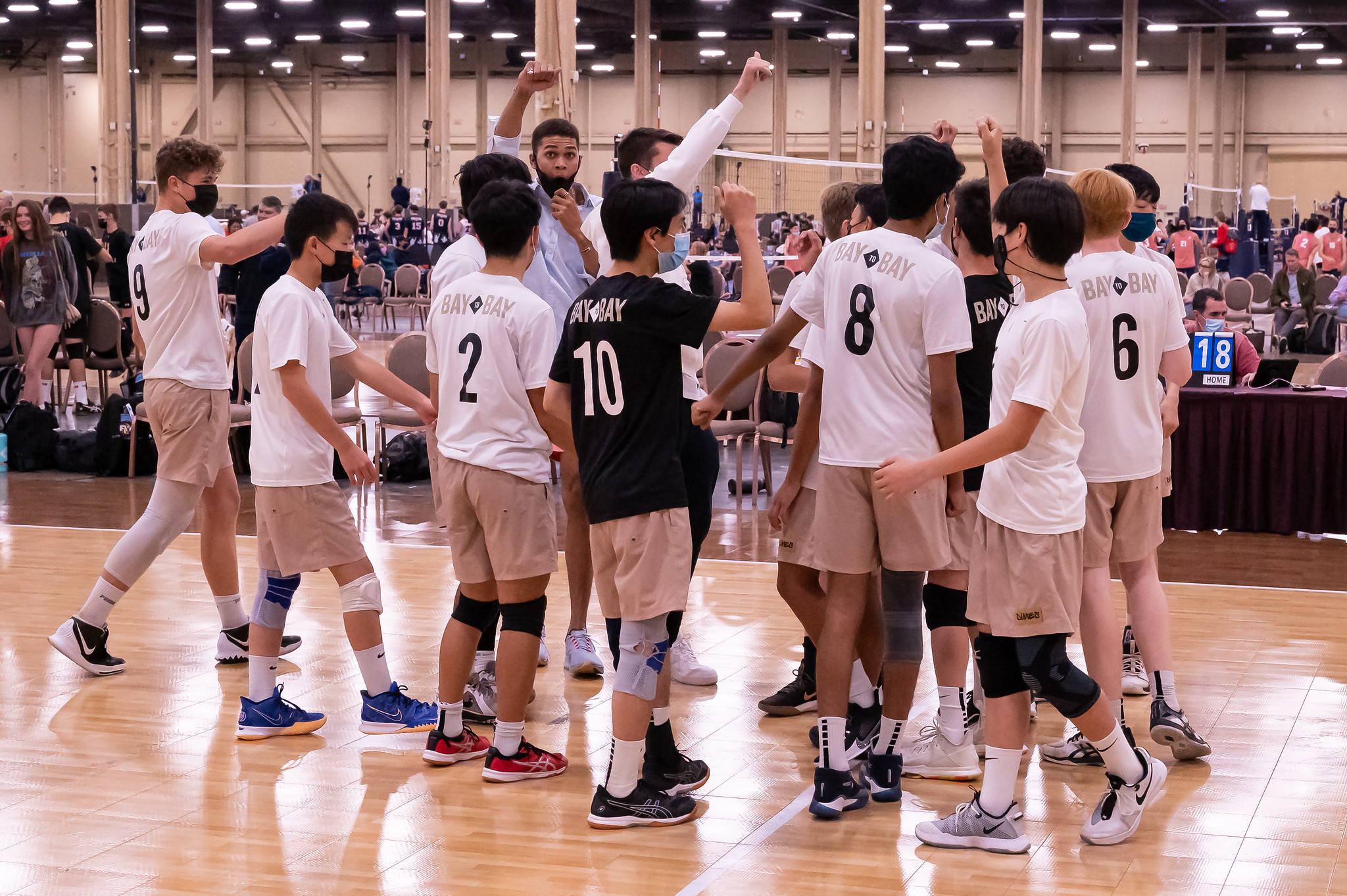 Bay to Bay 14-Premier: Coach BJ and Jon's squad went 5-3 on the weekend, finishing in 12th place of the USA division. Though this finish was not what the team wanted, the boys of 14-Premier earned a lot of praise from people outside of the club for their actions on day 1. Story time: In their Friday evening pool, the 14-Premier matched up with the 12-1's team from Coast volleyball club in San Diego. The Coast coach informed coach BJ that her team was extremely young and would prefer not to play against the 14-Premier team to make sure no one would get hurt. Instead of playing the match, coach BJ and Jon worked with Coast coaches to combine the 14-Premier team together with players from Coast 12-1's and run through a mini practice during the tournament. It was a fantastic show of creativity and sportsmanship on both sides and we are so proud of the boys for how they interacted and played with this younger team. Check out the videos here.

Bay to Bay 14-Club: Coach Andrew and Teague's team went 2-5 on the weekend and were definitely the "Cardiac Kids" of the tournament. The team played 7 matches and 5 of them went to third sets. It was a great learning experience for the boys and the first volleyball tournament for many of the players on the team. We can't wait to see their continued growth and development this Summer! 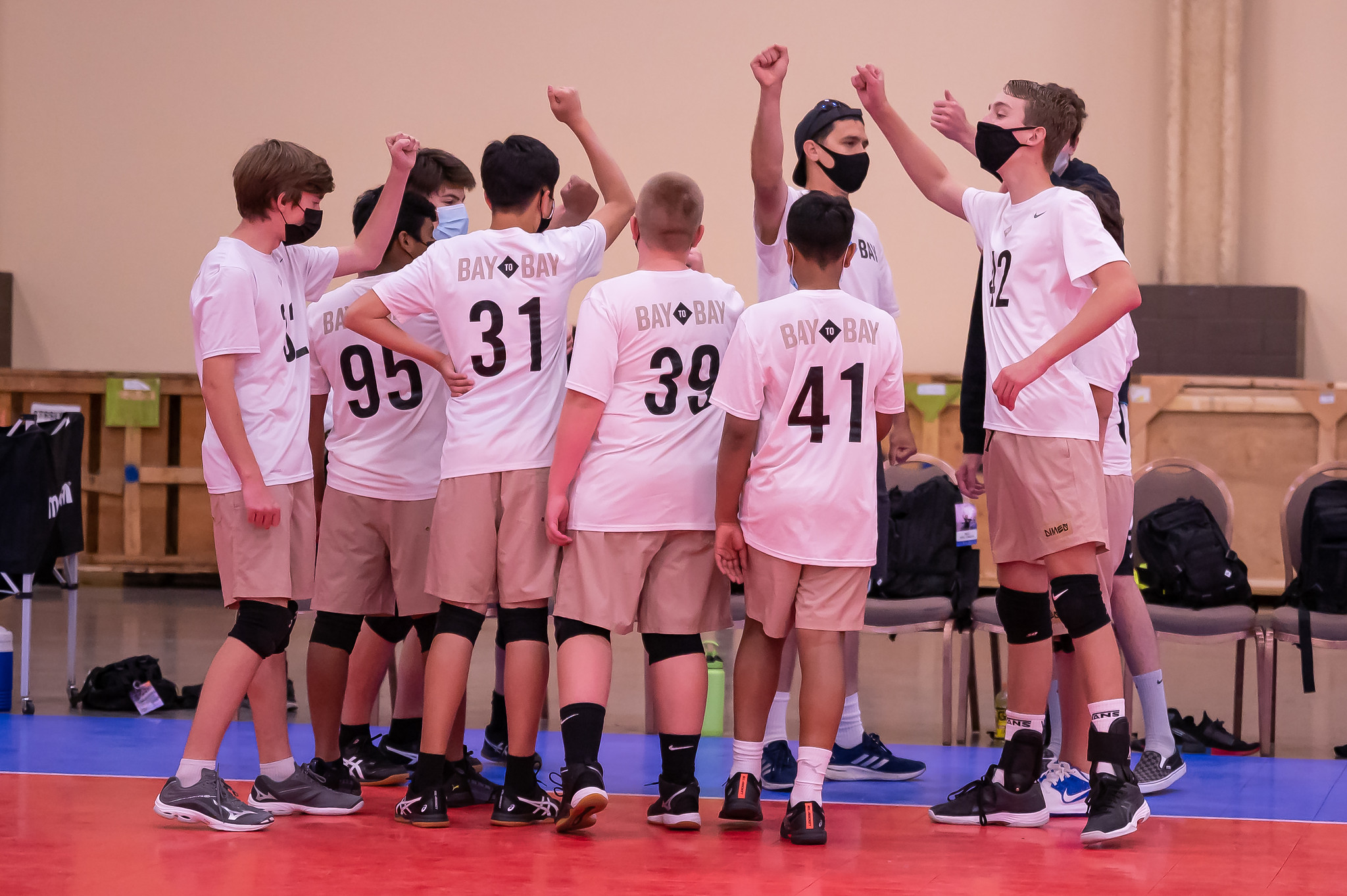 Bay to Bay 13-1: Coach Beau and Hillary's team played 10 matches over the course of the weekend (a club record in Vegas). The 13-1's went 4-6 overall and 3-2 against other 13's teams while playing in the 14USA division. Coach Beau & Hillary commented that the boys continue to show a tremendous amount of improvement each and every day they train and play.

Have any stories, highlights, or photos from the weekend? Share them with us on social media or [email protected].

You can also check out Doug Brook's photos from the weekend on his website here. 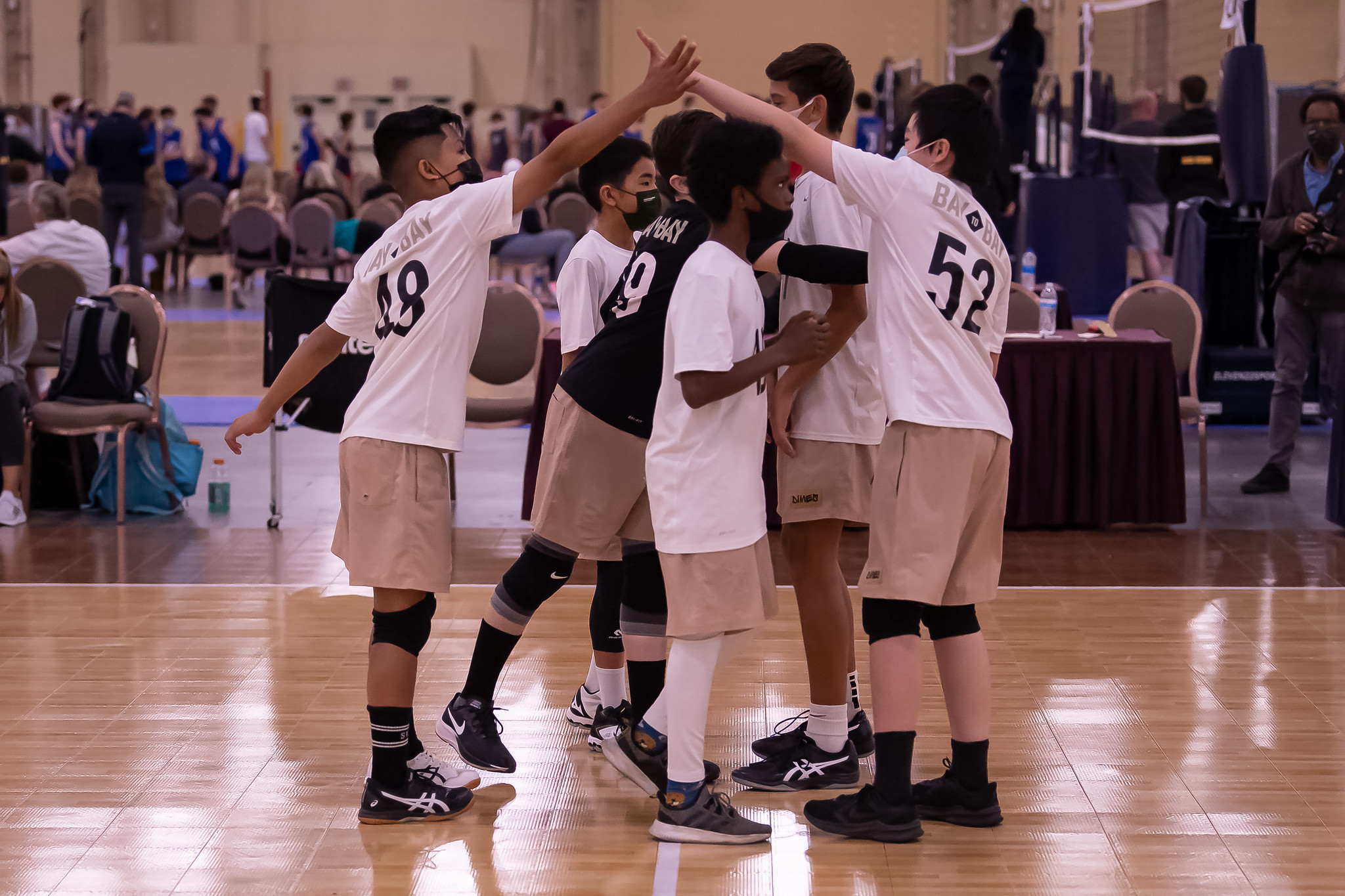